Red Pearl Racing is proud to bring the official 2016 RAAM Movie “3089 Miles Across America” to Arcata. Even better - all of the ticket sales for the movie are going to Food for People’s Backpacks for Kids Program! Thanks to generous sponsors, all of the costs of presenting the movie have been covered.

Have you ever wondered what it would be like to race bikes across America?

The Race Across America (RAAM) is widely recognized as the toughest bicycle race in the world. RAAM is a 3,000-mile, coast-to-coast, bicycle race that starts in Oceanside, CA and finishes in Annapolis, MD. RAAM has become an iconic American event. First run in 1982, the race has continued uninterrupted. The 2016 race marked the 35th anniversary, making it one of the longest running events in cycling. Racers and crew come from around the world to compete.

Red Pearl Racing is a semi-serious ultraendurance cycling team based in Humboldt County, California. They race solo and relay-style events as well as participate in group rides. The team theme is "Pirates!" When they say that they are semi-serious, what they mean is - they race because it's FUN. That doesn't mean that they don't race hard.

All tickets sales from the film screening will go to benefit Backpacks for Kids, Food for People’s children’s weekend hunger relief program. The program provides income-eligible children with a bag of kid-friendly food on Fridays during the school year. Food for People provides the food for the program and dedicated community volunteers pack and deliver the backpacks to each school site. Each bag contains enough food for breakfast, lunch, and dinner for two days. 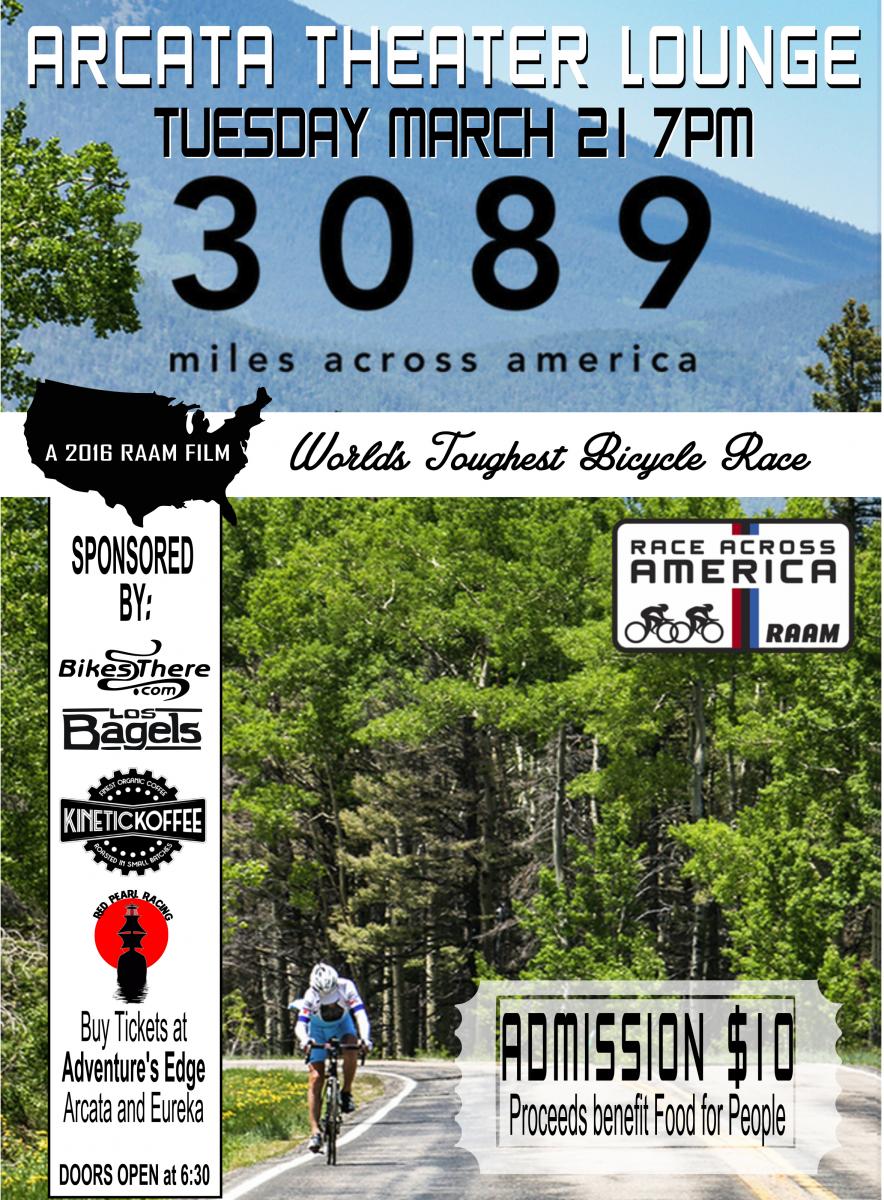