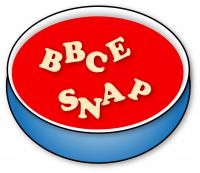 At the federal level, a rule has been proposed that would kick 3 million people off of the Supplemental Nutrition Assistance Program (SNAP, also known as CalFresh, in California), the nation's first line of defense against hunger. Broad Based Categorical Eligibility (BBCE) has been an option offered to states for several years now by the federal government, allowing them to raise SNAP income limits somewhat--from 130% of the Federal Poverty Line (FPL) to 200% of the FPL-- so that many low-income working families that have difficulty making ends meet, such as because they face costly housing or childcare expenses, can receive help affording adequate food.

Forty states, including California, currently use BBCE to allow households to receive SNAP if their income is at or below 200% FPL (for a family of four--$51,504 or under) as long as they meet other eligibility criteria. The newly proposed federal rule would undo the successes of BBCE.

SNAP eligibility is based upon earnings at or below 130% of the Federal Poverty Line (FPL). For a family of four, the FPL is $33,600/year, not taking into account the varying cost of living based on geography and family composition/ages. A family of four would need to earn a minimum of $62,331 to be self-sufficient in Eureka, CA--a difference of nearly $30,000 between qualifying for nutrition assistance and reaching self-sufficiency.

In Humboldt County, 57% of all households earn less than $49,000. Many of the households we serve share that they cannot afford to put food on their tables, yet do not qualify for SNAP. The proposed rule would increase hunger and poverty, especially for working families with children whose net incomes are below the poverty line and families and seniors with a small amount of savings.

Children in households that receive SNAP because of BBCE are directly certified to receive free lunches and breakfasts at school without completing an additional application. As many as 982,000 children will be impacted by the loss of BBCE. About half would have to pay a reduced price of 40 cents for school lunch and 30 cents for breakfast. Around 40,000 would need to pay the full price, which varies depending on the district. The rest — 445,000 — would remain eligible for free meals, but their families would have to file an application for it, which not all would do.

The estimated 120,000 Californians that would lose benefits with the proposed federal rule may spike even higher as minimum wage increases, pushing more people over what is known as the "benefit cliff." In this scenario, a small rise in income results in a complete loss of benefits that are often substantially more than the gain from the small income raise. In contrast, BBCE allows families to ease off of benefits as their incomes rise.

Local retailers and farmers' markets will feel the economic impact of a reduction in SNAP benefits. The USDA Economic Research Service calculated that the federal dollars from SNAP brought $7.2 billion into California's economy in 2016.

SNAP keeps people healthy and fed. Children are particularly vulnerable to the effects of hunger: poor health, higher rates of hospitalization, increased risk of asthma, and delays in cognitive development are associated with food insecurity. More than 74% of California's SNAP recipients are children.

How to Take Action

The proposed rule was published in the Federal Register on July 24, 2019 kicking off a 60-day public comment period. All comments needed to have been received by USDA's Food and Nutrition Service on or before September 23, 2019. The comment period is currently closed.

More on This Topic