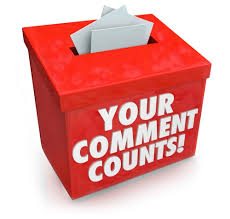 If implemented, the third proposed SNAP rule change of 2019 could result in $4.5 billion in cuts to food assistance over five years. SNAP (known as CalFresh in California), which is administered by the USDA, is recognized as the nation’s most important anti-hunger program. USDA's proposed rule on SNAP Standardization of State Heating and Cooling Standard Utility Allowances (SUA) would cut program benefits by changing how states take households’ utility costs into account in determining the amount of SNAP benefits for which they qualify.

Utility costs vary nationwide, impacting households' food budgets from state to state disproportionately. The current law acknowledges that by allowing states to level the playing field, so that in the SNAP benefit determination process, households in states that have higher utility costs can take those higher costs into account in determining net income, and not miss out on SNAP benefits due to having higher utility costs than households in a different region of the country. The newly proposed rule would standardize SUA calculations nationwide (no state-by-state adjustments) and set the SUA to an amount lower than what would be needed to meet the costs of utilities for many Californians.

The proposed rule would:

Current law requires the SNAP program to recognize the utility expenses of each SNAP applicant household and adjust the benefits issued based on the Standard Utility Allowance (SUA) calculated by the State and approved in the State plan. The current policy allows variances in SUAs to accommodate for differences in utility costs and rates, and allows states flexibility in how they calculate those costs.

Proposed changes would standardize SUA calculations across the country and set the SUA to an amount lower than what would be needed to meet the costs of utilities for many Californians.

Impact on hunger: SNAP recipient households have uneven protections from hunger as a result of some states under-calculating the SUA; the only appropriate policy response is to bring those states up-to-par with other states by improving their SUAs. Instead, the administration is proposing a cut to SUAs and removing state flexibility, which will undermine our ability to help low-income Americans in every state prevent hunger and keep their electricity on at the same time. The USDA estimates that 20 percent of the national SNAP caseload will be impacted, though it is unknown what percentage of those impacted live in California.

“California food banks are on the frontlines of hunger and know first-hand the inhumane trade-offs that low-income families make between food and paying for basic needs like high utility bills,” said Andrew Cheyne, Director of Government Affairs for the California Association of Food Banks. “We’ve said it during every proposed cut to SNAP, and we’ll continue to raise awareness during this public comment period, that for every meal the charitable sector provides, SNAP delivers 12. Food banks and our partners cannot make up the difference: if this rule is enacted, people will go hungry just to keep cool during scorching summers and warm in winter.”

Leveling the SUA amounts across the country down rather than up, despite the well-documented fact that benefits for all recipients are currently inadequate, means fewer people will be able to afford the food they need to last them through the month. We urge the administration to abandon this proposal and instead support H.R.1368 (Adams, D-NC-12) to make SNAP benefits more responsive to our nation’s unacceptable levels of hunger, not less.

How to take action: The proposed rule was published in the Federal Register, kicking off a 60-day public comment period. All comments must be received by USDA's Food and Nutrition Service on or before December 2, 2019.